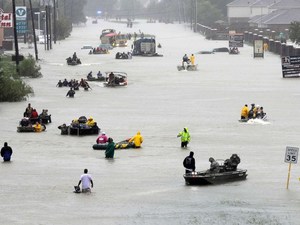 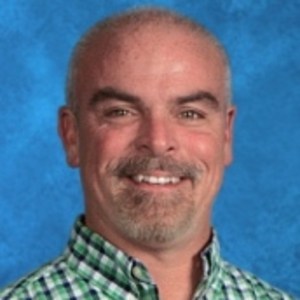 An Otsego counselor is lending a hand to victims of Hurricane Harvey. OMS Counselor Keith Fuller is helping them deal with the emotional trauma of such devastation.

It was September 1st, that an all-call emergency email came from the Red Cross to the American Counseling Association, of which OMS Counselor Keith Fuller is a member. It wasn’t on his radar that he would be called to help, but the email sparked his concern and the next day he was on a plane to assist flooding victims in Houston for the next two weeks. “It made me realize that whatever was happening on the Gulf Coast was much larger than what a TV feature or newspaper article could communicate.”

Here at home, Fuller is part of a team of counselors that is called to go and do Critical Incident Stress Management (CISM) for organizations that are suddenly facing a crisis within their ranks, which is what he’s doing in Houston, “CISM is a very specific, short-term way to help people begin to make sense of, and recover mentally from, ‘What just happened’.”

He is working with people one-on-one and in groups, “I guide survivors through their shared stories of the experience. I help them realize that the symptoms and effects they are experiencing are normal human responses to abnormal events. I help them learn ways to cope, and things to be watchful of in their own behavior (as well as their colleagues) in the next few days and weeks.”

He and other counselors also teach them how to take care of themselves, their coworkers and their families and make sure they have a support system in place, and resources that may be needed, moving forward. One thing he stresses to those he’s talking with is that this affected everyone. “Tragedy, as is true with all tragedies, has a way of affecting everyone’s sense of safety, anxiety, and normalcy,” he explains. “For people that could only learn of the tragedy but were powerless to stop it and therefore feel a sense of shame they weren’t as severely impacted, the recovery can be much more difficult.”

Fuller’s work days are long and are filled with heart-breaking stories, but the reward, he says, is beyond measure, “I have laughed with people, cried with people, and been amazed at the times they showed more concern for me as a ‘stranger in a strange land’ than themselves and all they were dealing with. The countless groups and individuals I talk with not only impressed me with their perseverance and patience, but can’t help but give me a tremendous sense of hope about the tenacity of the human spirit, and assurance that there still exists a sense of ‘we’ in this great country.”

He appreciates all of support he’s receiving from the school and community and is sharing everyone’s concerns, prayers and good thoughts with those he’s assisting, “Every time I do, I can see on their faces their gratitude and relief that they are not alone, and not forgotten.  In a very real sense, you are all working here in Houston as well.”