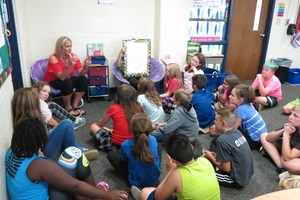 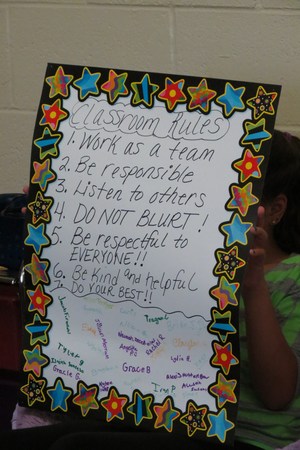 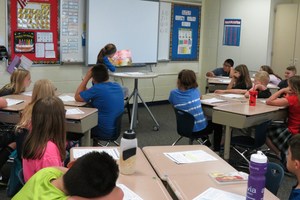 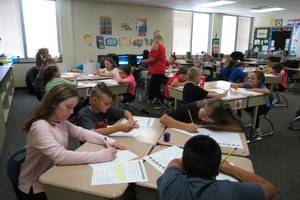 Students know what a classroom would look like without rules. “Chaos” says one student in Ms. TerMeer’s 5th grade classroom. It was part of their discussion as they reviewed their classroom social contract and related it to our nation’s Constitution for Constitution Day.

A social contract is an agreement that is built in almost every classroom at Otsego Public Schools for students, by students. It lists what the classroom’s rules and expectations should be. It’s a contract that is built by the students at the start of the year; they decide what acceptable behavior in their classroom is and all sign it to signify their agreement to it. Top on most lists are respecting others, not talking when others are talking, working as a team, being kind and so on.

A social contract is a part of Capturing Kids’ Hearts, a national program that emphasizes building relationships with students above all else. “Students don’t care what you know until they know you care” is one of the mottoes of the program. CKH, as staff call it, is part of the OPS culture. Every staff member, including bus drivers and custodians when possible, go through a 3-day training on the ideals behind CKH and how to actively build and nurture relationships with students to encourage them to be the best they can be.

Allowing students to take an active role in the creation of their classroom rules gives them some ownership in their education. Students are also allowed to be the first step in asking their classmates to follow the social contract instead of telling the teacher right away.

Along with chaos, students shared that everyone would be talking at the same time, jumping on the desks, throwing paper airplanes, leaving trash on the floor or fighting. In a world without rules or laws, students feel there would be a lot of violence, kids might not get the proper care they need, no one would wear seat belts or follow speed limits to name a few. “And there would be no consequences,” Ms. TerMeer adds.

In addition to talking about the nation's set of rules and revisiting their social contract, the class heard the story “We the Kids” which spells out the start of the historic document. Students then used their writing time to reflect on why they think it’s important that their class has rules and that kids follow them.